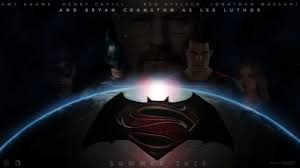 I rarely post twice in one day, but I would like to take some time out and talk about the state of DC comics. With that being said, there are no news stories to report and everything I say will be opinionated, so feel free to jump in the comment section and let me know what you guys think!

There’s no doubt that DC wants to mimic what Marvel has done, having a shared universe with its characters. Marvel and Disney have proved that it can be insanely profitable, and that’s all the movie studios around the world care about. There is little known about what DC and Warner Brothers have planned for the future. In fact the only thing that we know anything about is the upcoming Man of Steel sequel. I will venture far enough to suggest that DC and WB aren’t sure what they’re going to do with their cinematic universe. That doesn’t mean DC and WB do not have plans in place, but that they are waiting to see how Man of Steel 2 does. For DC this is the equivalent of batting in the bottom of the ninth with two outs in game seven of the world series, and you’re down by one run. Yes it is that big! When DC has their two biggest properties, and arguable to most popular superheros of all time, in the same movie, they better come through. In order for DC to go forward with any other properties, they will have to have both Batman and Superman firing on all cylinders. Both DC and WB know this and if they mess this up, then the DC cinematic universe will be delayed at least 15 years. However, if they hit a home run then we will see more DC properties rolling out in the near future.

What would the Man of Steel sequel have to do to be considered a success? That’s a grey area, but I am going out on the limb and say it has to do better than the first Man of Steel movie. Man of Steel made just north of $660 million, but that’s without the buzz of Batman showing up. With the buzz of Batman and the success of the first one ( both box office success and a larger approval rating by both movie goers and critics) anything less than $750 million will be considered a failure. Now it’s hard to think of a movie making the studio back $200-$400 million being a failure, but with everything this movie has going for it, Man of Steel 2 will make bank by default. If the studio wants to feel like they can make other movies of lesser know characters, then they will need to exceed what the first Man of Steel did. Also Man of Steel 2 will have to have to be liked by the majority of the movie going audience. Can Man of Steel live up to expectations and hype? You bet. This movie has so much potential to break box office records, but this movie also has a lot riding on it for DC and movie fans. A strong movie will mean more DC characters on the big screen, a weak movie will set back DC years, and force reboots of both Batman and Superman.