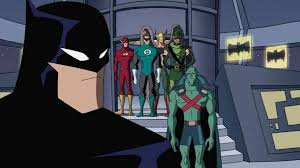 Batman is HUMAN-  Batman being human is why he connects with an audience better than any other superhero there is. Sadly, it would be his greatest weakness in a live action Justice league movie. Out of everybody in the Justice League, Batman is the only one that isn’t a God or doesn’t have superpowers, unless you count being super rich as a superpower.  Why does this become problematic for Batman? Because reason would dictate that the villain in this movie would also be a god like person with superpowers, and do I really want to Justice League members flying around at high speeds and see Batman just strolling along in the bat plane? No thank you. Do I want to see Batman be the world’s greatest detective and fight useless henchmen and not take part in the main battle with the main bad guy? No not really, and outside of comic book fans( a very small percent of moviegoers), the average movie fan( Larger percent and not comic book nerd) would not want to see that either. Batman doesn’t belong in a universe with super powered individuals, the sole reason why everybody loved the Nolan Batman. Being in this world just diminishes Batman and makes him seem useless. Heck, this could ruin Batman on the big screen for a lot of people, including myself.

Man of Steel 2 is a different story- I’ll go ahead and throw in the obvious, if Batman and Superman really fought, Batman would get demolish in a heartbeat. However, Man of Steel 2 offers more of a realistic story, well as realistic as you can get with an alien/God going against a human. Physically, Batman can’t touch Superman. However, we all know of this substance called Kryptonite  that neutralizes Superman, and it doesn’t take a genius to figure out that Batman will indeed have a suit or something made out of Kryptonite left behind by Zod. With that being said, Batman will level the playing field and it’s somewhat believable on this level. However, it is not believable on a Justice League level with a million more characters that are God’s with superpowers. One on one I can buy it, but when you have the rest of the Justice League thrown in with probably multiple alien/God like villains, I can’t buy it.

I will admit that they can make this happen and make it believable. However, DC track record isn’t that so great, and Christopher Nolan isn’t directing the movie, so I am not too optimistic about the movie. I just do not want my favorite character to be ruined.

Well I am sure I just pissed off a lot of people, but hey film is subjective. Please feel free to leave your comments. However, I do ask that you be respectful. As always #StayNerdy