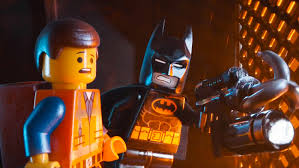 This is the third week in a row that The Lego Movie has completely dominated the box office domestically. The Lego Movie has now made north of $180 million dollars, so there’s no surprise that Warner Brothers is moving forward with a sequel set to hit theaters in 2017. In second place this weekend, Kevin Costner’s new action flick, 3 Days to Kill, with $12.3 million on its opening weekend. Even though 3 Days to Kill came in second, Relative Media aren’t too ecstatic because it’s all downhill for here, number speaking wise. Also, next weekend Liam Neeson’s new action flick, Non- Stop, opens up, and conceivable, everybody that sees Liam Neeson’s new movie, is receipt sales taken away from 3 Days to Kill, since they are both action thrillers. Coming in third was Pompeii with $10 million in its opening weekend. To round out the rest of the top five Robo Cop with $9.4 million and The Monuments Men with $8.1 million. It is interesting to note that About Last Night took a huge hit from last weekend by 71%. Maybe consumers are experiencing the law of diminishing returns with Kevin Hart.